Get the news right in your inbox!

This post contains affiliate links meaning that I may make a small commission based off of your purchase at no additional cost to you. 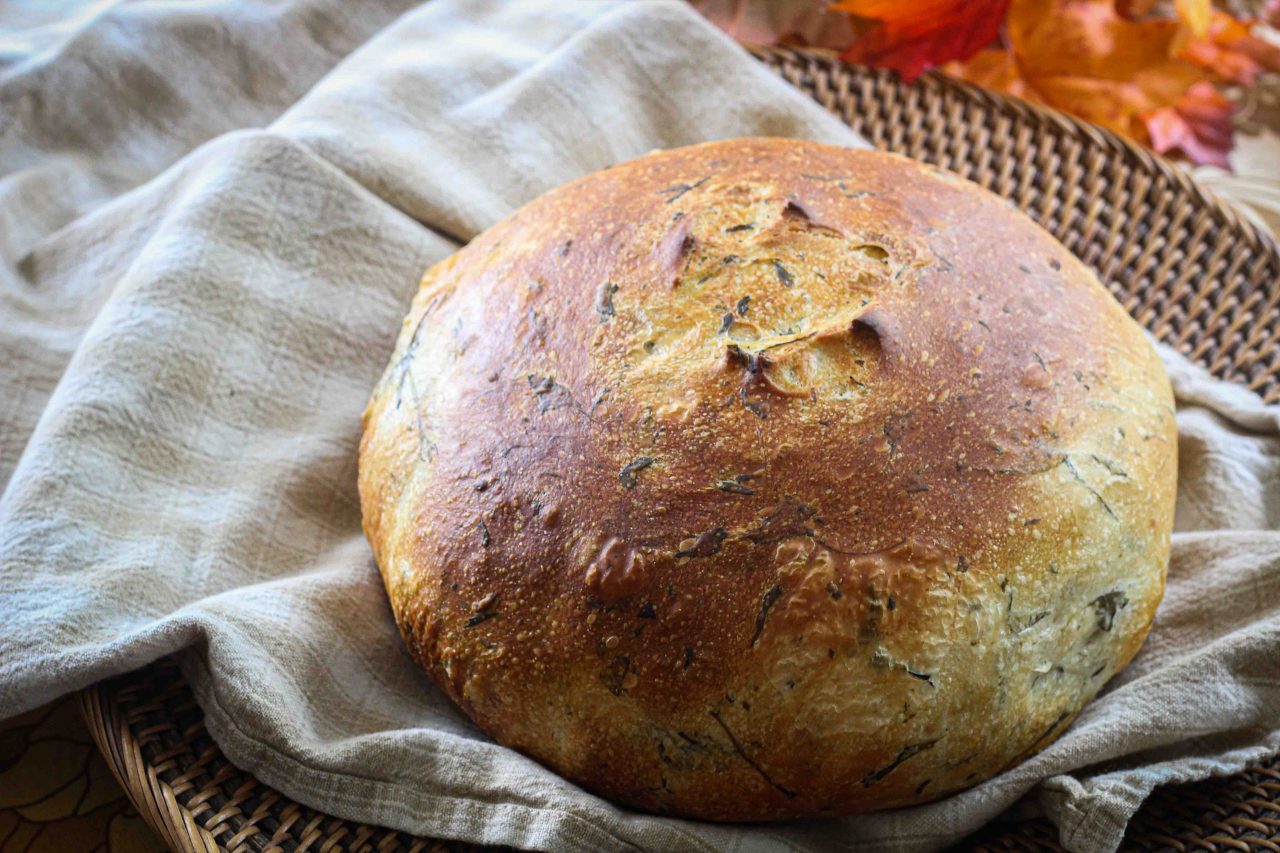 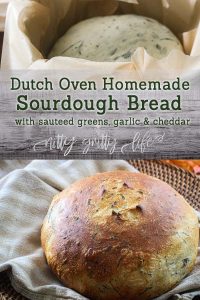 This savory, homemade sourdough bread is decked out with sauteed greens, garlic and smoked cheddar, making it a perfect slice for slathering with butter and dipping into warm soup. This dutch oven bread has a crusty exterior and a flavorful open crumb befitting of an artisan loaf.

There a few scents that make a house feel like a home — all scents that waft from the kitchen…  Apple pie, chocolate chip cookies, and freshly baked bread.  Preferably homemade sourdough bread.

It is my firm belief that those that can resist the temptation of these delicious scents must be wired differently.  Perhaps alien.  Certainly not human.

It is another belief of mine that the fastest way to endear yourself to another (at least to those that can tolerate gluten, that is) is with one of these aromatic offerings.

Truth be told, I am not an enormous fan of most store bought sourdough breads.  Most have an unnatural tang, no depth or flavor and have an undesirable, foamy texture.  These loaves are unappetizing even before you take a closer look at the ingredient list loaded with unfamiliar ingredients.  Homemade sourdough bread is little more than flour and water at its most basic level, fermented to develop flavor and rise.  Salt and other additions enhance the loaf and alter the texture of the resulting crumb.  Homemade sourdough bread can be soft and faintly sweet like my Lammas loaf, or crusty and savory like this loaf flavored with sauteed greens, garlic and smoked artisan cheddar cheese.

Homemade sourdough bread is sometimes considered the elusive holy grail of home baking.  I often talk to folks about the foods I make from scratch and they are surprised to learn that I make my own sourdough loaves.  Some think that you must have a culture given to you — and while that will get you to a tasty loaf even faster, it isn’t the only way to have your own sourdough starter.  I love my friend Courtney of Butter for All’s super thorough post on how to create your own sourdough starter from scratch.  If you do not have your own starter, her step by step process is excellent and thorough.

I like to bake my homemade sourdough bread in a dutch oven.  Doing so gives the loaf its distinctive crusty exterior owing to the perfect humidity and heat maintained in a preheated dutch oven.  A spritz of water before baking helps a dutch oven bread loaf to develop small bubbly blisters on the crust that I find very appealing.  While cooking homemade sourdough bread in a dutch oven has many benefits, transferring a fluffy loaf of second proof dough to piping hot cast iron is not without difficulty. 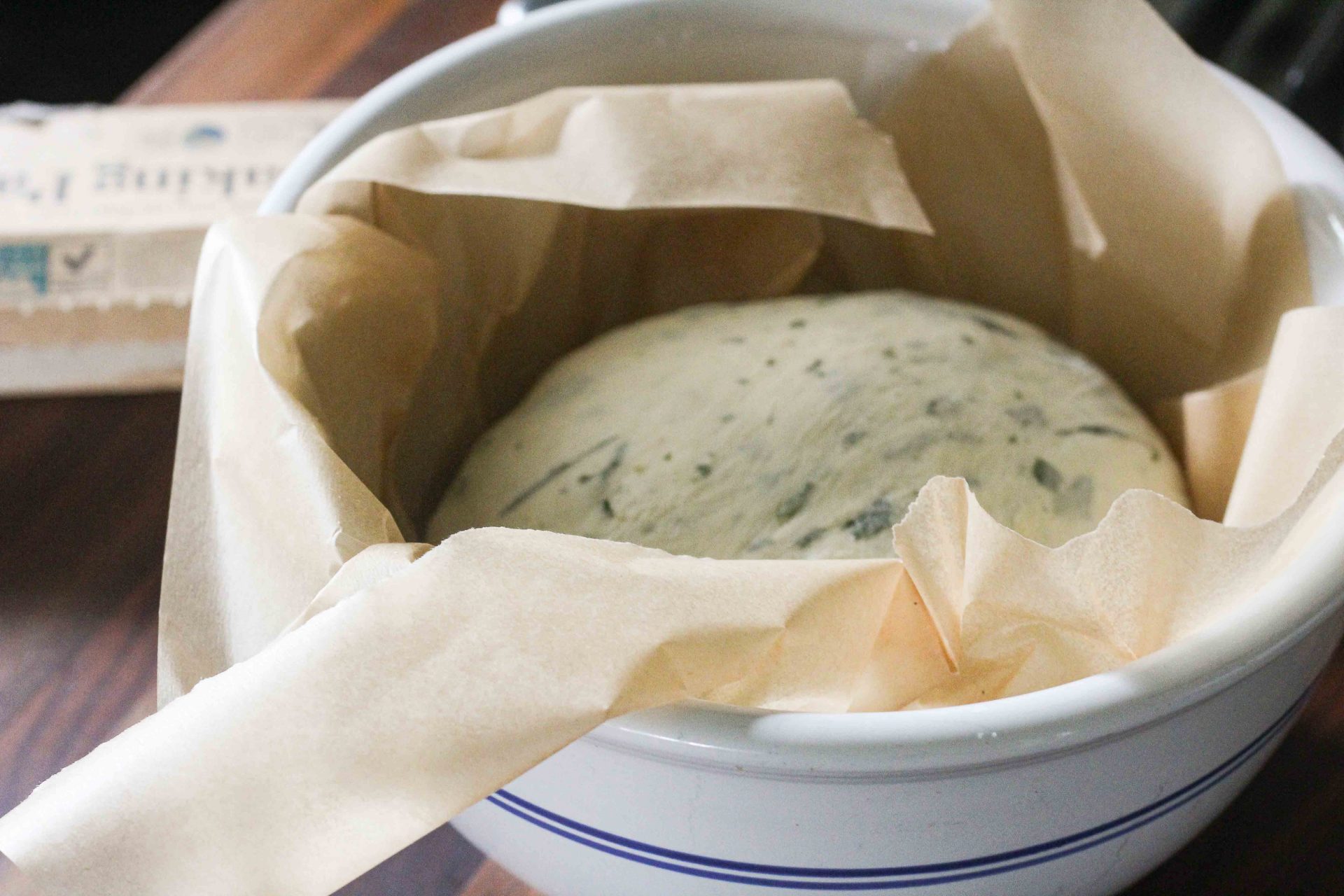 I have solved this by proofing my second rise in a medium sized bowl lined with a generous piece of parchment paper, which acts as a sling.  When the dough is ready to bake, I simply lift the corners of the parchment and transfer the sling and its fluffy contents into the dutch oven.  In doing so, I am able to prevent deflation and reduce the amount of time that the oven is left open.  After baking, the parchment makes for easy removal from the hot dutch oven.  I remove the dutch oven bread loaf from the parchment after baking, then dry on a rack before slicing or wrapping for storage.

I like storing my homemade sourdough bread in bags in linen bread bags like these (OR you can make them yourself from vintage linens like my friend Ann of A Farm Girl in the Making).

Check out a dark rye and caraway loaf that I developed with my friend Courtney in my new book, The Herbalist’s Healing Kitchen.

This loaf is the perfect savory component to warm, hearty meals like soups and stews.  The sauteed greens and garlic deliver complex flavor while the smoked cheddar — cubed into tiny bites — imbues the bread with smoky richness without stealing the show.  This homemade sourdough bread is perfect on its owns, but also makes delicious croutons, stuffing/dressing for the holiday table, and could even be torn into pieces and soaked in custard for a savory bread pudding. 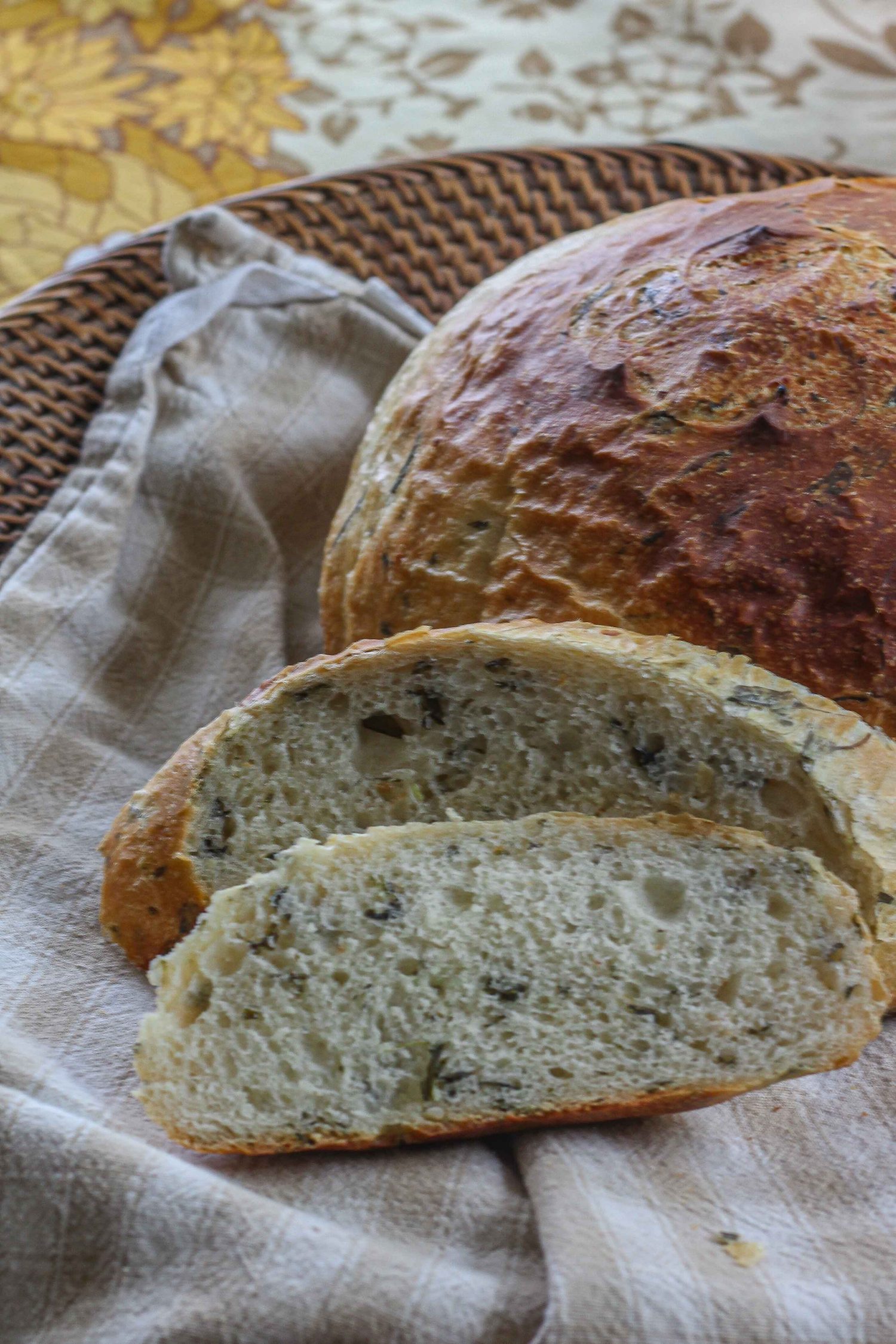 Of course, I dare you to restrain yourself long enough to let it cool before slicing.

This savory, homemade sourdough bread is decked out with sauteed greens, garlic and smoked cheddar, making it a perfect slice for slathering with butter and dipping into warm soup. This dutch oven bread has a crusty exterior and a flavorful open crumb befitting of an artisan loaf.

Note: the amount of flour used in the recipe is variable due to humidity and residual moisture from the greens, 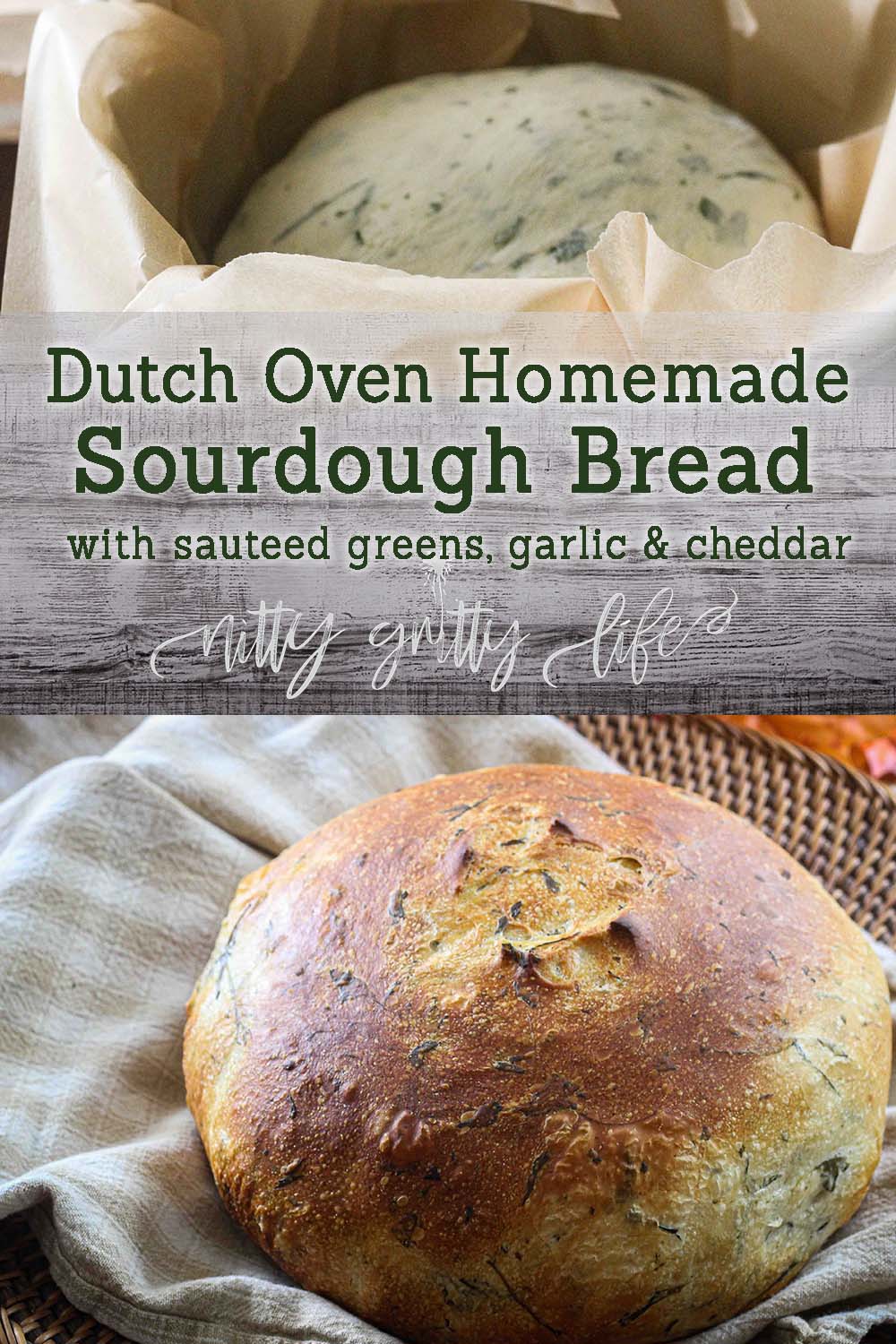 Devon is a writer and author on subjects of holistic and sustainable living. She has a degree in Complementary and Alternative Medicine from the American College of Healthcare Sciences, and her first book, The Backyard Herbal Apothecary, was published by Page Street Publishing in Spring 2019. Devon's work outside of NittyGrittyLife.com can be seen at LearningHerbs.com, GrowForageCookFerment.com, AttainableSustainable.net, and in the magazine The Backwoods Home. Devon's second book, The Herbalist's Healing Kitchen, will be published Fall 2019. 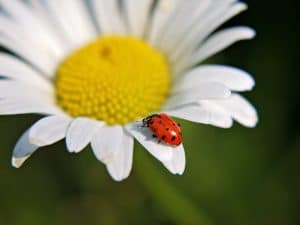 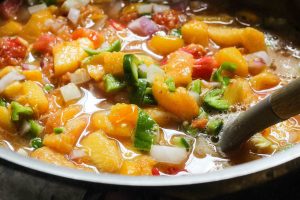 Cool Herbs for Warm Months: An E-Course to Keep You Cool, Calm & Collected 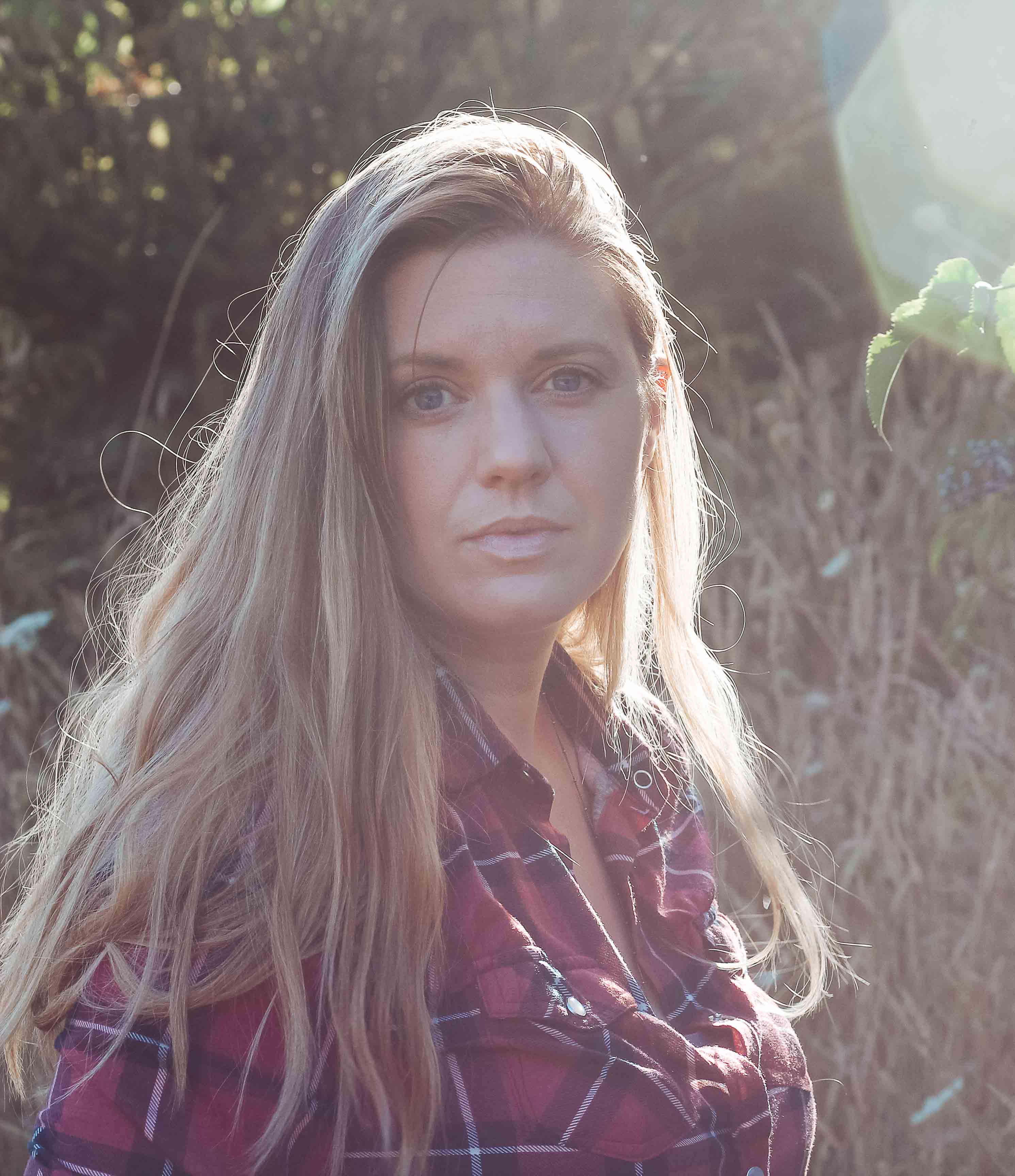 I am an herbalist, farmer, cook, and forager. I get my hands dirty and am not afraid to do things the "hard way". Sharing my Nitty Gritty Life with you! Read More

Get the news right in your inbox! 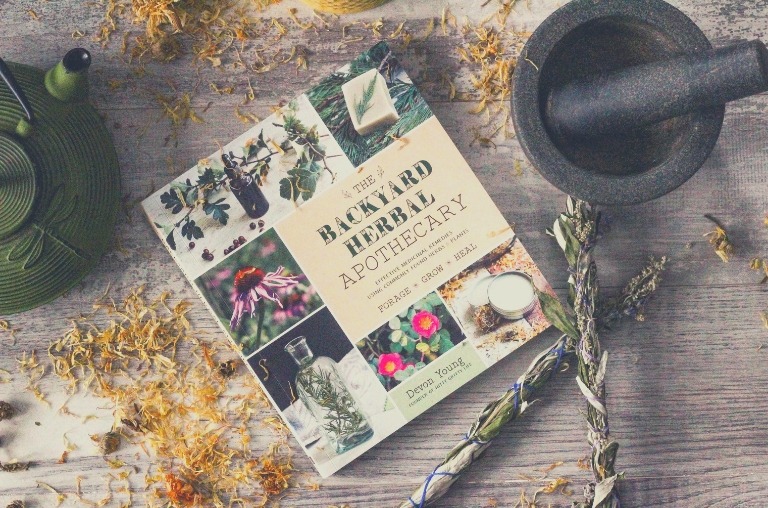 Reserve your copy of The Herbalist's Healing Kitchen TODAY! Dismiss